An exceptionally large and elaborate Gothic cathedral on the main square of Milan, the Duomo di Milano is one of the most famous buildings in Europe. It is the largest Gothic cathedral and the second largest Catholic cathedral in the world. The street plan of Milan, with streets either radiating from the Duomo or circling it, indicates that the Duomo occupied the most important site in the ancient Roman city of Mediolanum. Saint Ambrose built a new basilica on this site at the beginning of the 5th century, with an adjoining basilica added in 836. When fire damaged both buildings in 1075, they were rebuilt as the Duomo. In 1386 the archbishop, Antonio da Saluzzo, began the new project in a rayonnant Late Gothic style that is more characteristic of France than Italy. Work proceeded for generations. The main spire was topped in 1762 with a polychrome statue of the Madonna, to whom the Duomo and its predecessor have always been dedicated. Even now, some uncarved blocks remain to be turned into sculpture. Gothic construction on the rest of the Duomo was largely complete in the 1880s. 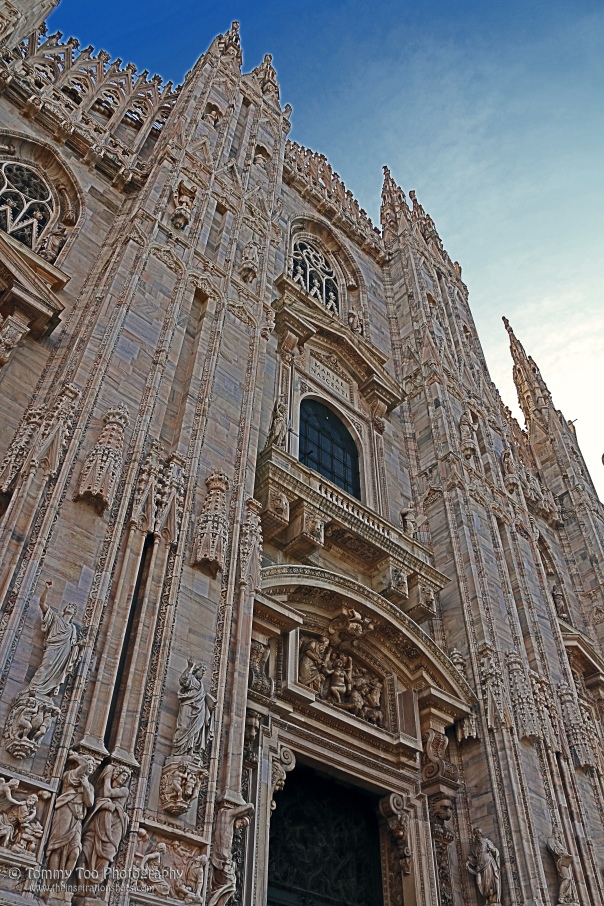