← The Beans Story
Relishing The Aroma of The Tea →

“TIME” Before We Were Born

For thousands of years, devices have been used to measure and keep track of time. The current sexagesimal system of time measurement dates to approximately 2000 BC, in Sumer. The Ancient Egyptians divided the day into two 12-hour periods, and used large obelisks to track the movement of the Sun. They also developed water clocks, which were probably first used in the Precinct of Amun-Re, and later outside Egypt as well; they were employed frequently by the Ancient Greeks, who called them clepsydrae. The Cho Dynasty is believed to have used the outflow water clock around the same time, devices which were introduced from Mesopotamia as early as 2000 BC. Other ancient timekeeping devices include the candle clock, used in China, Japan, England and Iraq; the timestick, widely used in India and Tibet, as well as some parts of Europe; and the hourglass, which functioned similarly to a water clock. The sundial, an early clock, relies on shadows to provide a good estimate of the hour on a sunny day. It is not so useful in cloudy weather or at night and requires recalibration as the seasons change (if the gnomon was not aligned with the Earth’s axis). The earliest known clock with a water-powered escapement mechanism, which transferred rotational energy into intermittent motions, dates back to 3rd century BC Ancient Greece; Chinese engineers later invented clocks incorporating mercury-powered escapement mechanisms in the 10th century, followed by Arabic engineers inventing water clocks driven by gears and weights in the 11th century.

The first mechanical clocks, employing the verge escapement mechanism with a foliot or balance wheel timekeeper, were invented in Europe at around the start of the 14th century, and became the standard timekeeping device until the pendulum clock was invented in 1656. The invention of the mainspring in the early 15th century allowed portable clocks to be built, evolving into the first pocketwatches by the 17th century, but these were not very accurate until the balance spring was added to the balance wheel in the mid 17th century. The pendulum clock remained the most accurate timekeeper until the 1930s, when quartz oscillators were invented, followed by atomic clocks after World War 2. Although initially limited to laboratories, the development of microelectronics in the 1960s made quartz clocks both compact and cheap to produce, and by the 1980s they became the world’s dominant timekeeping technology in both clocks and wristwatches. Atomic clocks are far more accurate than any previous timekeeping device, and are used to calibrate other clocks and to calculate the proper time on Earth; a standardized civil system, Coordinated Universal Time, is based on atomic time. 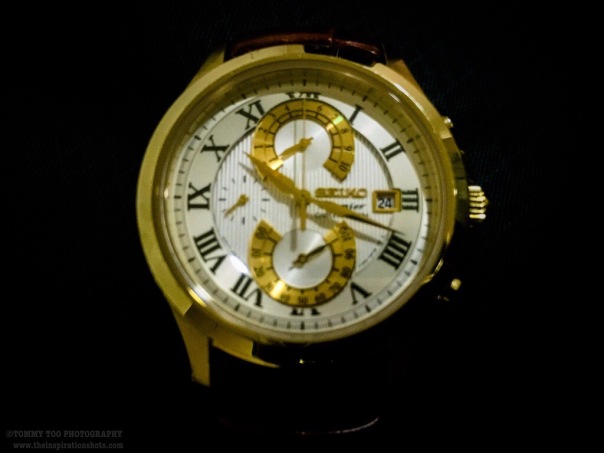 ← The Beans Story
Relishing The Aroma of The Tea →