Relishing The Aroma of The Tea

A teapot is a vessel used for steeping tea leaves or an herbal mix in boiling or near-boiling water, and for serving the resulting infusion which is called tea. Dry tea is available either in tea bags or as loose tea, in which case a tea infuser or tea strainer may be of some assistance, either to hold the leaves as they steep or to catch the leaves inside the teapot when the tea is poured. Teapots usually have an opening with a lid at their top, where the dry tea and hot water are added, a handle for holding by hand and a spout through which the tea is served. Some teapots have a strainer built-in on the inner edge of the spout. A small air hole in the lid is often created to stop the spout from dripping and splashing when tea is poured. In modern times, a thermal cover called a tea cosy may be used to enhance the steeping process or to prevent the contents of the teapot from cooling too rapidly.

The teapot was invented in China during the Yuan Dynasty. It was probably derived from ceramic kettles and wine pots, which were made of bronze and other metals and were a feature of Chinese life for thousands of years. Tea preparation during previous dynasties did not use a teapot. In the Tang Dynasty, a cauldron was used to boil ground tea, which was served in bowls. Song Dynasty tea was made by boiling water in a kettle then pouring the water into a bowl with finely ground tea leaves. A brush was then used to stir the tea. Written evidence of a teapot appears in the Yuan Dynasty text Jiyuan Conghua, which describes a teapot that the author, Cai Shizhan, bought from the scholar Sun Daoming. By the Ming Dynasty, teapots were widespread in China. The earliest example of a teapot that has survived to this day seems to be the one in the Flagstaff House Museum of Teaware; it has been dated to 1513 and is attributed to Gongchun. 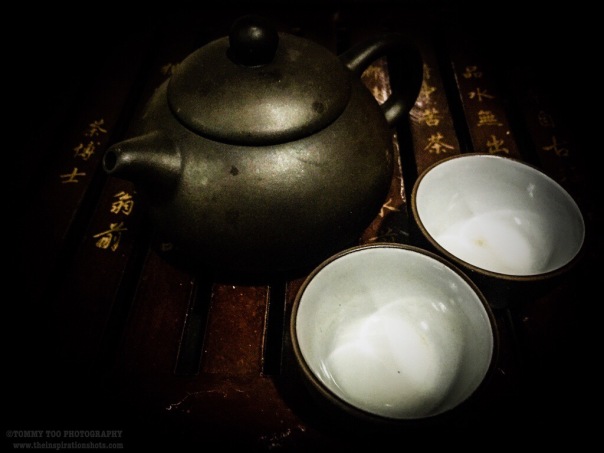