← Relishing The Aroma of The Tea
Cover Me Up… →

The Thing on My Wrist

Most of the 500 year history of watches consisted of the development of the mechanical watch. Watches evolved from portable spring driven clocks, which first appeared in 15th-century Europe. Portable timepieces were made possible by the invention of the mainspring in the early 15th century. Nuremberg clockmaker Peter Henlein (or Henle or Hele) (1485-1542) is often credited as the inventor of the watch. He was one of the first German craftsman who made “clock-watches” (taschenuhr), ornamental timepieces worn as pendants, which were the first timepieces to be worn on the body. His fame is based on a passage by Johann Cochläus in 1511:

“Peter Hele, still a young man, fashions works which even the most learned mathematicians admire. He shapes many-wheeled clocks out of small bits of iron, which run and chime the hours without weights for forty hours, whether carried at the breast or in a handbag”

However, other German clockmakers were creating miniature timepieces during this period, and there is no evidence Henlein was the first.

The watch which developed from the 16th century to the mid 20th century was a mechanical device, powered by winding a mainspring which turned gears and then moved the hands, and kept time with a rotating balance wheel. The invention of the quartz watch in the 1960s, which ran on electricity and kept time with a vibrating quartz crystal, proved a radical departure for the industry. During the 1980s quartz watches took over the market from mechanical watches, an event referred to as the “quartz crisis”. Although mechanical watches still sell at the high end of the market, the vast majority of watches now have quartz movements.

One account of the origin of the word “watch” is that it came from the Old English word woecce which meant “watchman”, because it was used by town watchmen to keep track of their shifts. Another says that the term came from 17th century sailors, who used the new mechanisms to time the length of their shipboard watches (duty shifts). 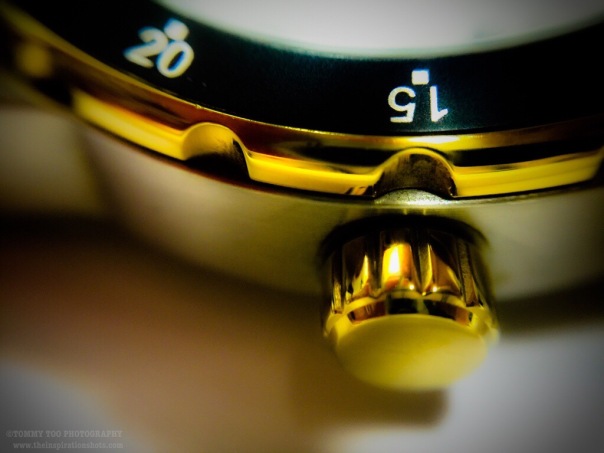 ← Relishing The Aroma of The Tea
Cover Me Up… →