← Woman Always Right
Mr. Pizza Where Were You From? →

A cherry tomato is a rounded, small fruited tomato thought to be an intermediate genetic admixture between wild currant-type tomatoes and domesticated garden tomatoes. Cherry tomatoes range in size from a thumbtip up to the size of a golf ball, and can range from being spherical to slightly oblong in shape. Although usually red, yellow, green and black varieties also exist. The more oblong ones often share characteristics with plum tomatoes, and are known as grape tomatoes. The berry tomato is regarded as a botanical variety of the cultivated berry, Solanum lycopersicum var. cerasiforme.

Cherry tomatoes are believed to go as far back as Azrec Mexico in at least the 15th century CE. The first tomatoes culivated in Europe in the 16th century, were yellow cherry tomatoes.

Cherry tomatoes have been popular in the United States since at least 1919. Recipes using cherry tomatoes can be found in articles dating back to 1967. 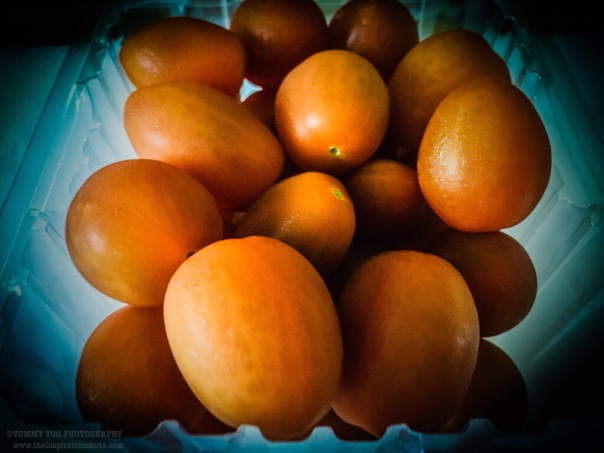 ← Woman Always Right
Mr. Pizza Where Were You From? →