Poon choi (pronounced: pun4 coi3), also spelled pun choi, is a traditional Chinese dish once common throughout China. It first spread to the walled villages in New Territories, Hong Kong, and then to the rest of the territory. It is a Cantonese cuisine served in large wooden, porcelain or metal basins due to the communal style of consumption. The Chinese name, transliterated as Poon choi, has been variously translated as “big bowl feast”, “basin cuisine” or “Chinese casserole”.

According to tradition, Poon choi was invented during the late Song Dynasty. When Mongol troops invaded Song China, the young Emperor fled to the area around Guangdong Province and Hong Kong. To serve the Emperor as well as his army, the locals collected all their best food available, cooked it, and because there were not enough serving containers available put the resulting meal in large wooden washbasins.

In any event, Poon choi is associated with the early settlers of the New Territories, who had been driven south of the mainland by a series of barbarian invasions in China between the 13th and 17th centuries.

Walled village culture is well preserved in the New Territories and Poon choi gradually became a traditional dish of the walled villages. As Poon choi is a large dish portioned to be suitable for a communal meal, it was served whenever there were celebrations connected with rituals, weddings, festivals, ancestor worship and other local events as an expression of village dining culture. 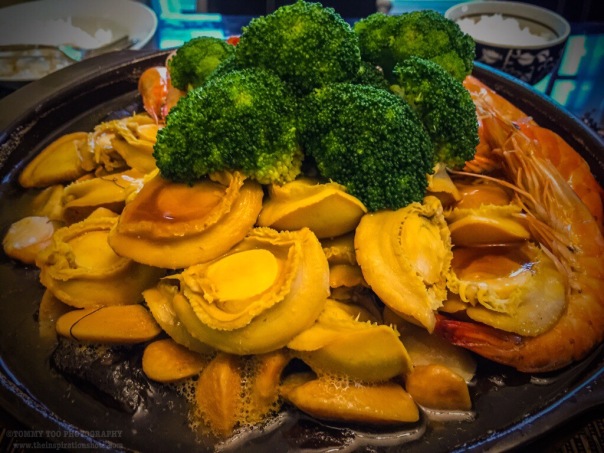