← Lollipop or Pushpin
What to Clip… →

During Chinese New Year, mandarin oranges and tangerines are considered traditional symbols of abundance and good fortune. During the two-week celebration, they are frequently displayed as decoration and presented as gifts to friends, relatives, and business associates.

Mandarin oranges, particularly from Japan, are a Christmas tradition in Canada, the United States and Russia. In the United States, they are commonly purchased in 5- or 10-pound boxes, individually wrapped in soft green paper, and given in Christmas Stockings. This custom goes back to the 1880s, when Japanese immigrants in the United States began receiving Japanese mandarin oranges from their families back home as gifts for the New Year. The tradition quickly spread among the non-Japanese population, and eastwards across the country: each November harvest, “The oranges were quickly unloaded and then shipped east by rail. ‘Orange Trains’ – trains with boxcars painted orange – alerted everyone along the way that the irresistible oranges from Japan were back again for the holidays. For many, the arrival of Japanese mandarin oranges signaled the real beginning of the holiday season.”

This Japanese tradition merged with European traditions related to the Christmas Stocking. Saint Nicholas is said to have put gold coins into the stockings of three poor girls so that they would be able to afford to get married. Sometimes the story is told with gold balls instead of bags of gold, and oranges became a symbolic stand-in for these gold balls, and are put in Christmas stockings in Canada along with chocolate coins wrapped in gold foil.

Satsumas were also grown in the United States from the early 1900s, but Japan remained a major supplier. U.S. imports of these Japanese oranges was suspended due to hostilities with Japan during World War II. While they were one of the first Japanese goods allowed for export after the end of the war, residual hostility led to the rebranding of these oranges as “mandarin” oranges.

The delivery of the first batch of mandarin oranges from Japan in the port of Vancouver, British Columbia, is greeted with a festival that combines Santa Claus and Japanese dancers young girls dressed in traditional kimonos. 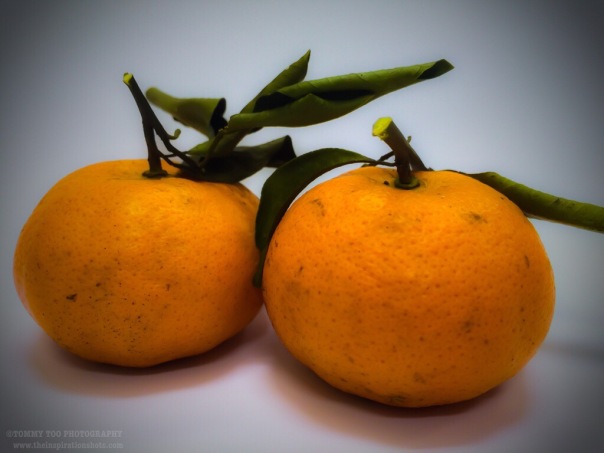 ← Lollipop or Pushpin
What to Clip… →