← Candies In The Tube
The Sunflower Seed →

Nasi goreng, literally meaning “fried rice” in Indonesian and Malay, can refer simply to fried pre-cooked rice, a meal including stir fried rice in small amount of cooking oil or margarine, typically spiced with kecap manis (sweet soy sauce), shallot, garlic, ground shrimp paste, tamarind and chili and accompanied by other ingredients, particularly egg, chicken and prawns. There is also another kind of nasi goreng which is made with ikan asin (salted fried fish) which is also popular across Indonesia. Nasi goreng is sometimes described as Indonesian stir-fried rice, although it is also popular in Malaysia, Singapore and the Netherlands. It is distinguished from other Asian fried rice recipes by its aromatic, earthy and smoky flavor; owed to generous amount of caramelized sweet soy sauce and powdered shrimp paste, and the taste is stronger and spicier compared to Chinese fried rice.

Nasi goreng has been called the national dish of Indonesia, though there are many other contenders. It can be enjoyed in simple versions from a tin plate at a roadside food stall, eaten on porcelain in restaurants, or collected from the buffet tables of Jakarta dinner parties.

Nasi goreng had the same beginnings as other versions of fried rice; as a way to avoid wasting rice. Frying the rice could prevent the propagation of dangerous microbes, especially in pre-refrigeration technology Indonesia and Malaya, and also avoid the need to throw out precious food. Nasi goreng is traditionally served at home for breakfast and it is traditionally made out of leftover rice from the night before. Besides ingredients like shallot, tomato, pepper and chili, the rice is fried with scraps of chicken or beef; usually leftovers from a chicken or beef dish.

Nasi goreng is often described as Indonesia’s twist on fried rice. And as with other fried rice recipes in Asia, it has been suggested that it can trace its origin from Southern Chinese fried rice. However it is not clear when Indonesians began to adopt the Chinese fried rice and create their own version. The Chinese influences upon Indonesian cuisine can be seen in mie goreng that appeared simultaneously with the introduction of the stir frying technique that required the use of a Chinese wok. The trade between China and the Indonesian archipelago flourished from the era of Srivijaya around the 10th century and intensified in the Majapahit era around the 15th century. By that time Chinese immigrants had begun to settle in the archipelago, bringing along with them their culture and cuisine. Chinese people usually favor freshly cooked hot food, and in their culture it is taboo to throw away uneaten foodstuffs. As a result, the previous day’s leftover rice was often recooked in the morning. Previously, Indonesians probably simply sun-dried the leftover rice to make intip or rengginang (rice cracker), the dried rice also could be ground to make rice flour. 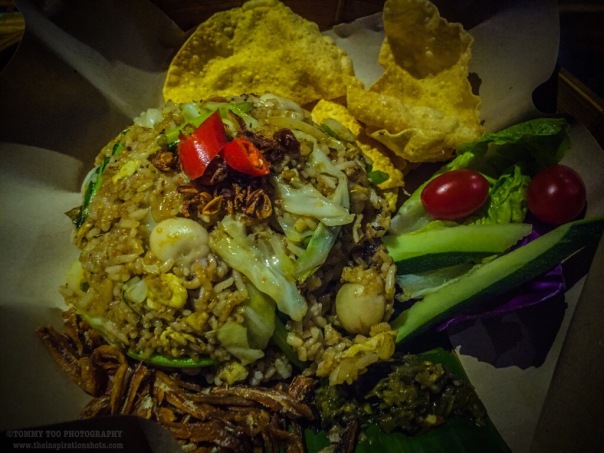 ← Candies In The Tube
The Sunflower Seed →