The Downtown Core is the historical and downtown epicenter of the city-state of Singapore. It is one of the eleven planning areas located within the Central Area, which is often colloquially known as “The City”. As the financial heart of Singapore, the Downtown Core houses the headquarters and offices of numerous corporations, as well as the Singapore Exchange. The area is also home to a large number of governmental institutions, notably the seat of Parliament and the Supreme Court of Singapore.

Singapore’s modern history began in this area, when Stamford Raffles and representatives of the British East India Company landed along the banks of the Singapore River to set up a free port in Southeast Asia. As the old harbour grew along the mouth of the river bank, the city naturally expanded around it, creating what is now the Central Area.

The name “Downtown Core” remains relatively unheard of and the term Central Business District (CBD) is commonly used in conversation instead. However, the area known as the CBD actually compromises a smaller area within the Downtown Core itself, taking up the south-western and western portions of the planning area. It is made up of seven subzones, Anson, Cecil, Clifford Pier, Maxwell, Phillip, Raffles Place and Tanjong Pagar. The core of the CBD has since extended well beyond its boundaries and the term is even often at times used to refer to the Central Area as a whole.

As a fledgling colony, the area which is now known as the Downtown Core was the financial, administrative and commercial centre of the colony. In 1823, Singapore was reorganised according to the Raffles Plan of Singapore by Sir Stamford Raffles, which specified elements like the Commercial Square (now Raffles Place) and the European Town as well as various other commercial and administrative entities located between them. This area later became the Downtown Core. 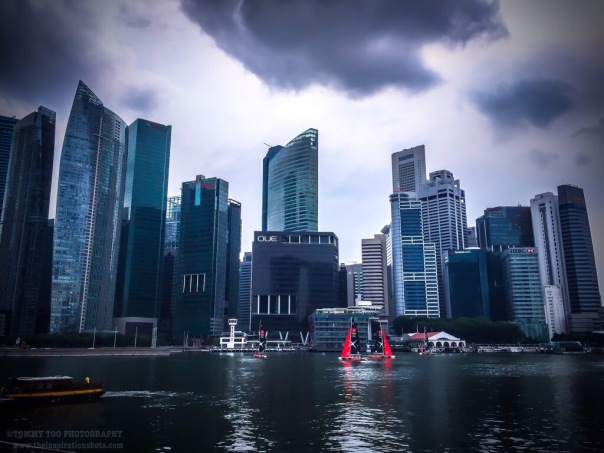