Begin Of A New Life

A flower, sometimes known as a bloom or blossom, is the reproductive structure found in plants that are floral (plants of the division Magnoliophyta, also called angiosperms). The biological function of a flower is to effect reproduction, usually by providing a mechanism for the union of sperm with eggs. Flowers may facilitate outcrossing (fusion of sperm and eggs from different individuals in a population) or allow selfing (fusion of sperm and egg from the same flower). Some flowers produce diasporas without fertilization (parthenocarpy). Flowers contain sporangia and are the site where gametophytes develop. Many flowers have evolved to be attractive to animals, so as to cause them to be vectors for the transfer of pollen. After fertilization, the ovary of the flower develops into fruit containing seeds.

In addition to facilitating the reproduction of flowering plants, flowers have long been admired and used by humans to beautify their environment, and also as objects of romance, ritual, religion, medicine and as a source of food.

While land plants have existed for about 425 million years, the first ones reproduced by a simple adaptation of their aquatic counterparts: spores. In the sea, plants—and some animals—can simply scatter out genetic clones of themselves to float away and grow elsewhere. This is how early plants reproduced. But plants soon evolved methods of protecting these copies to deal with drying out and other abuse which is even more likely on land than in the sea. The protection became the seed, though it had not yet evolved the flower. Early seed-bearing plants include the ginkgo and conifers. The earliest fossil of a flowering plant, Archaefructus liaoningensis, is dated about 125 million years old.

Several groups of extinct gymnosperms, particularly seed ferns, have been proposed as the ancestors of flowering plants but there is no continuous fossil evidence showing exactly how flowers evolved. The apparently sudden appearance of relatively modern flowers in the fossil record posed such a problem for the theory of evolution that it was called an “abominable mystery” by Charles Darwin. Recently discovered angiosperm fossils such as Archaefructus, along with further discoveries of fossil gymnosperms, suggest how angiosperm characteristics may have been acquired in a series of steps.

Recent DNA analysis (molecular systematics) shows that Amborella trichopoda, found on the Pacific island of New Caledonia, is the sister group to the rest of the flowering plants, and morphological studies suggest that it has features which may have been characteristic of the earliest flowering plants.

The general assumption is that the function of flowers, from the start, was to involve animals in the reproduction process. Pollen can be scattered without bright colors and obvious shapes, which would therefore be a liability, using the plant’s resources, unless they provide some other benefit. One proposed reason for the sudden, fully developed appearance of flowers is that they evolved in an isolated setting like an island, or chain of islands, where the plants bearing them were able to develop a highly specialized relationship with some specific animal (a wasp, for example), the way many island species develop today. This symbiotic relationship, with a hypothetical wasp bearing pollen from one plant to another much the way fig wasps do today, could have eventually resulted in both the plant(s) and their partners developing a high degree of specialization. Island genetics is believed to be a common source of speciation, especially when it comes to radical adaptations which seem to have required inferior transitional forms. Note that the wasp example is not incidental; bees, apparently evolved specifically for symbiotic plant relationships, are descended from wasps.

Likewise, most fruit used in plant reproduction comes from the enlargement of parts of the flower. This fruit is frequently a tool which depends upon animals wishing to eat it, and thus scattering the seeds it contains.

While many such symbiotic relationships remain too fragile to survive competition with mainland organisms, flowers proved to be an unusually effective means of production, spreading (whatever their actual origin) to become the dominant form of land plant life.

While there is only hard proof of such flowers existing about 130 million years ago, there is some circumstantial evidence that they did exist up to 250 million years ago. A chemical used by plants to defend their flowers, oleanane, has been detected in fossil plants that old, including gigantopterids, which evolved at that time and bear many of the traits of modern, flowering plants, though they are not known to be flowering plants themselves, because only their stems and prickles have been found preserved in detail; one of the earliest examples of petrification.

The similarity in leaf and stem structure can be very important, because flowers are genetically just an adaptation of normal leaf and stem components on plants, a combination of genes normally responsible for forming new shoots. The most primitive flowers are thought to have had a variable number of flower parts, often separate from (but in contact with) each other. The flowers would have tended to grow in a spiral pattern, to be bisexual (in plants, this means both male and female parts on the same flower), and to be dominated by the ovary (female part). As flowers grew more advanced, some variations developed parts fused together, with a much more specific number and design, and with either specific sexes per flower or plant, or at least “ovary inferior”.

Flower evolution continues to the present day; modern flowers have been so profoundly influenced by humans that many of them cannot be pollinated in nature. Many modern, domesticated flowers used to be simple weeds, which only sprouted when the ground was disturbed. Some of them tended to grow with human crops, and the prettiest did not get plucked because of their beauty, developing a dependence upon and special adaptation to human affection. 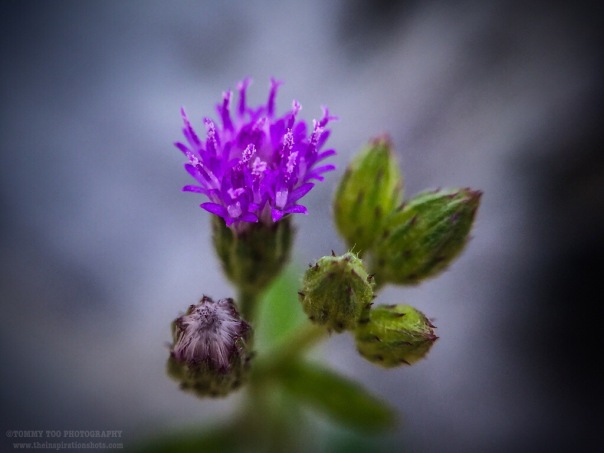