← The Sailing Boat
The Hymn to Ninkasi →

Snorkeling (British and Commonwealth English spelling: snorkelling) is the practice of swimming on or through a body of water while equipped with a diving mask, a shaped tube called a snorkel, and usually fins. In cooler waters, a wetsuit may also be worn. Use of this equipment allows the snorkeler to observe underwater attractions for extended periods with relatively little effort and to breathe while face-down at the surface.

Snorkeling is a popular recreational activity, particularly at tropical resort locations. The primary appeal is the opportunity to observe underwater life in a natural setting without the complicated equipment and training required for scuba diving. It appeals to all ages because of how little effort there is, and without the exhaled bubbles of scuba-diving equipment. It is the basis of the two surface disciplines of the underwater sport of finswimming.

Snorkeling is also used by scuba divers when on the surface, in underwater sports such as underwater hockey and underwater rugby, and as part of water-based searches conducted by search and rescue teams.

Snorkeling is mentioned by Aristotle in his Parts of Animals. He refers to divers using “instruments for respiration” resembling the elephant’s trunk. Some evidence suggests that snorkeling may have originated in Crete some 5,000 years ago as sea sponge farmers used hollowed out reeds to submerge and retrieve natural sponge for use in trade and commerce.

Snorkelers normally wear the same kind of mask as those worn by scuba divers. By creating an airspace, the mask enables the snorkeler to see clearly underwater. All scuba diving masks consist of the lenses also known as a faceplate, a soft rubber skirt, which encloses the nose and seals against the face, and a head strap to hold it in place. There are different styles and shapes. These range from oval shaped models to lower internal volume masks and may be made from different materials; common choices are silicone and rubber. A snorkeler who remains at the surface can use swimmer’s goggles which do not enclose the nose. 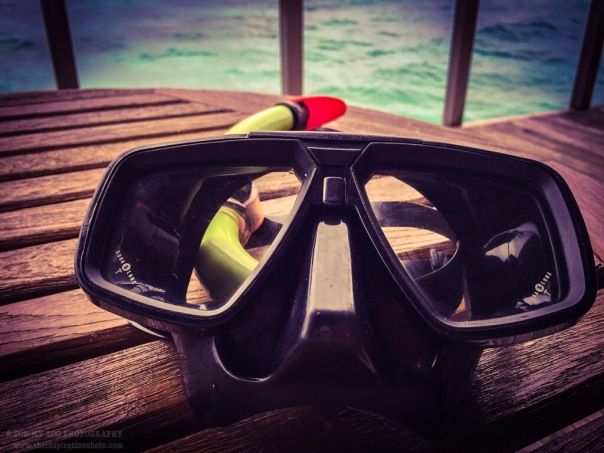 ← The Sailing Boat
The Hymn to Ninkasi →