← Wish My Memory Can Stored Inside
Citrus Grandis Fruit →

My Third Eye Of Seeing The World

A digital single-lens reflex camera (also called a digital SLR or DSLR) is a digital camera combining the optics and the mechanisms of a single-lens reflex camera with a digital imaging sensor, as opposed to photographic film. The reflex design scheme is the primary difference between a DSLR and other digital cameras. In the reflex design, light travels through the lens, then to a mirror that alternates to send the image to either the viewfinder or the image sensor. The alternative would be to have a viewfinder with its own lens, hence the term “single lens” for this design. By using only one lens, the viewfinder of a DSLR presents an image that will not perceptibly differ from what is captured by the camera’s sensor.

DSLRs largely replaced film-based SLRs during the 2000s, and despite the rising popularity of mirrorless system cameras in the early 2010s, DSLRs remained the most common type of interchangeable lens camera in use as of 2014.

In 1969 Willard S.Boyle and George E. Smith invented the first successful imaging technology using a digital sensor, a CCD (Charge-Coupled Device). CCD would allow the rapid development of digital photography. For their contribution to digital photography Boyle and Smith were awarded the Nobel Prize for Physics in 2009.

On August 25, 1981 Sony unveiled a prototype of the Sony Mavica. This camera was an analog electronic camera that featured interchangeable lenses and a SLR viewfinder.

In the Spring of 1987, the Kodak Research Labs integrated their 1.3 MP image sensor with a film SLR camera. The Imaging Systems Lab at KRL designed circuitry to sync imager exposure with the mechanical shutter of the widely used Nikon F3 SLR through its motor drive contacts. Digital images were stored on a tethered hard drive and processed for histogram feedback to the user. The system was refined with input from the Associated Press and demonstrated at photokina 1988. This became the first commercial DSLR, launched by Kodak in 1991.

In 1995, Nikon co-developed the Nikon E series with Fujifilm. The E series included the Nikon E2/E2S, Nikon E2N/E2NS and the Nikon E3/E3S, with the E3S released in December 1999.

In 1999, Nikon announced the Nikon D1. The D1’s body was similar to Nikon’s professional 35 mm film SLRs, and it had the same Nikkor lens mount, allowing the D1 to use Nikon’s existing line of AI/AIS manual-focus and AF lenses. Although Nikon and other manufacturers had produced digital SLR cameras for several years prior, the D1 was the first professional digital SLR that displaced Kodak’s then-undisputed reign over the professional market.

Over the next decade, other camera manufacturers entered the DSLR market, including Canon, Kodak, Fujifilm, Minolta (later Konica Minolta, and ultimately acquired by Sony), Pentax (whose camera division is now owned by Ricoh), Olympus, Panasonic, Samsung, Sigma, and Sony.

In November 2001, Canon released its 4.1 megapixel EOS-1D, the brand’s first professional digital body. In 2003, Canon introduced the 6.3 megapixel EOS 300D SLR camera (known in the United States and Canada as the Digital Rebel and in Japan as the Kiss Digital) with an MSRP of US$999, aimed at the consumer market. Its commercial success encouraged other manufacturers to produce competing digital SLRs, lowering entry costs and allowing more amateur photographers to purchase DSLRs.

In early 2008, Nikon released the D90, the first DSLR to feature video recording. Since then all major companies offer cameras with this functionality.

Since then the number of megapixels in imaging sensors have increased steadily, with most companies focusing on high ISO performance, speed of focus, higher frame rates, the elimination of digital ‘noise’ produced by the imaging sensor, and price reductions to lure new customers.

In June 2012, Canon announced the first DSLR to feature a touchscreen, the EOS 650D/Rebel T4i/Kiss X6i. Although this feature had been widely used on both compact cameras and mirrorless models, it had not made an appearance in a DSLR until the 650D. 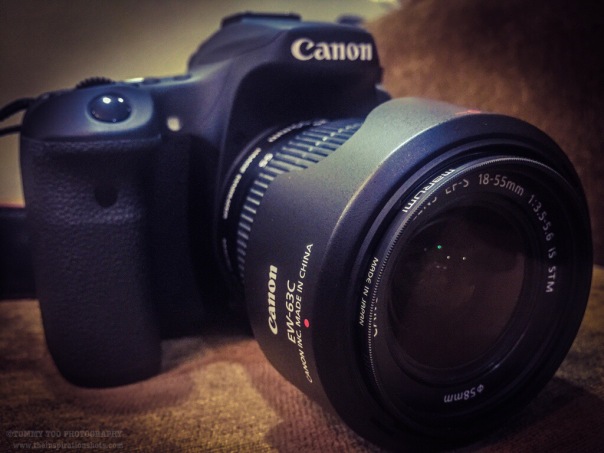 ← Wish My Memory Can Stored Inside
Citrus Grandis Fruit →