← The Dumbbell Story
Monorail In Singapore →

Salad Of The Day

A salad is a dish consisting of small pieces of food, which may be mixed with a sauce or salad dressing. They are typically served cold. Salads can incorporate a variety of foods including vegetables, fruits, cheese, cooked meat, eggs, grains and nuts.

Garden salads use a base of leafy greens like lettuce, arugula, kale or spinach; they are common enough that the word salad alone often refers specifically to garden salads. Other types include bean salad, tuna salad, fattoush, Greek salad, and Japanese sōmen salad (a noodle-based salad). The sauce used to flavor a salad is commonly called a salad dressing; well-known types include ranch, Thousand Island, and vinaigrette. Vinaigrette comes in many varieties; one version is a mixture of olive oil, balsamic vinegar, herbs and seasonings.

Most salads are served cold, although some, such as south German potato salad, are served warm. Some consider the warmth of a dish a factor that excludes it from the salad category calling the warm mixture a casserole, a sandwich topping or more specifically, name it for the ingredients which comprise it.

The word “salad” comes from the French salade of the same meaning, from the Latin salata (salty), from sal (salt). In English, the word first appears as “salad” or “sallet” in the 14th century. Salt is associated with salad because vegetables were seasoned with brine or salty oil-and-vinegar dressings during Roman times. The phrase “salad days”, meaning a “time of youthful inexperience” (on notion of “green”), is first recorded by Shakespeare in 1606, while the use of salad bar, referring to a buffet-style serving of salad ingredients, first appeared in American English in 1976.

The United States popularized mixed greens salads in the late 19th century. Salads including layered and dressed salads were popular in Europe since Greek imperial and particularly Roman imperial expansions. Several other regions of the world adopted salads throughout the second half of the 20th century. From Europe and the Americas to China, Japan, and Australia, salads are sold in supermarkets, at restaurants and at fast food chains. In the US market, restaurants will often have a “Salad Bar” laid out with salad-making ingredients, which the customers will use to put together their salad. Salad restaurants were earning more than $300 million in 2014. 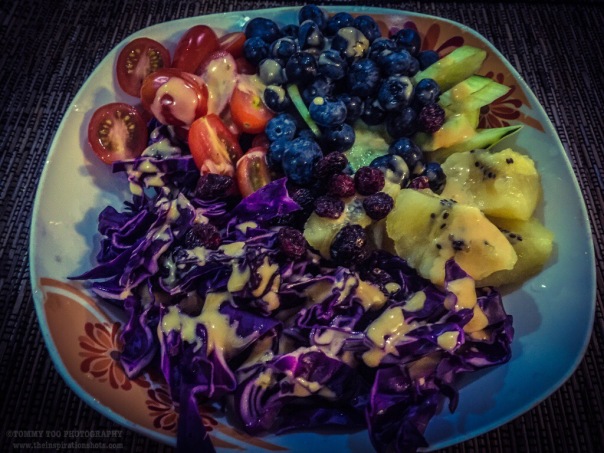 ← The Dumbbell Story
Monorail In Singapore →