A sea is a large body of salt water that is surrounded in whole or in part by land. More broadly, “the sea” is the interconnected system of Earth’s salty, oceanic waters – considered as one global ocean or as several principal oceanic divisions. The sea moderates Earth’s climate and has important roles in the water cycle, carbon cycle, and nitrogen cycle. Although the sea has been travelled and exploredsince prehistory, the modern scientific study of the sea – oceanography – dates broadly to the British Challenger expedition of the 1870s. The sea is conventionally divided into up to five large oceanic sections – including the International Hydrographic Organization’s four named oceans (the Atlantic, Pacific, Indian, and Arctic) and the Southern Ocean; smaller, second-order sections, such as the Mediterranean, are known as seas.

Owing to the present state of continental drift, the Northern Hemisphere is now fairly equally divided between land and sea (a ratio of about 2:3) but the South is overwhelmingly oceanic (1:4.7). Salinity in the open ocean is generally in a narrow band around 3.5% by mass, although this can vary in more landlocked waters, near the mouths of large rivers, or at great depths. About 85% of the solids in the open sea are sodium chloride. Deep – sea currents are produced by differences in salinity and temperature. Surface currents are formed by the friction of waves produced by the wind and by tides, the changes in local sea level produced by the gravity of the Moon and Sun. The direction of all of these is governed by surface and submarine land masses and by the rotation of the Earth (the Coriolis effect).

Former changes in sea levels have left continental shelves, shallow areas in the sea close to land. These nutrient-rich waters teem with life, which provide humans with substantial supplies of food – mainly fish, but also shellfish, mammals, and seaweed – which are both harvested in the wild and farmed. The most diverse areas surround great tropical coral reefs. Whaling in the deep sea was once common but whales’ dwindling numbers prompted international conservation efforts and finally a moratorium on most commercial hunting. Oceanography has established that not all life is restricted to the sunlit surface waters: even under enormous depths and pressures, nutrients streaming from hydrothermal vents support their own unique ecosystem. Life may have started there and aquatic microbial mats are generally credited with the oxygenation of Earth’s atmosphere; both plants and animals first evolved in the sea.

The sea is an essential aspect of human trade, travel, mineral extraction, and power generation. This has also made it essential to warfare and left major cities exposed to earthquakes and volcanoes from nearby faults; powerful tsunami waves; and hurricanes, typhoons, and cyclones produced in the tropics. This importance and duality has affected human culture, from early sea gods to the epic poetry of Homer to the changes induced by the Columbian Exchange, from burial at sea to Basho’s haikus to hyperrealist marine art, and inspiring music ranging from the shanties in The Complaynt of Scotland to Rimsky-Korsakov’s “The Sea and Sinbad’s Ship” to A-Mei’s “Listen of the Sea”. It is the scene of leisure activities including swimming, diving, surfing, and sailing. However, population growth, industrialization, and intensive farming have all contributed to present-day marine pollution. Atmospheric carbon dioxide is being absorbed in increasing amounts, lowering its pH in a process known as ocean acidification. The shared nature of the sea has made overfishing an increasing problem.

Both senses of sea date to Old English; the larger sense has required a definite article since Early Middle English. As the term has been applied over time, there are no sharp distinctions between seas and oceans, although seas are smaller and are – with the notable exception of the Sargasso Sea created by the North Atlantic Gyre – usually bounded by land on a smaller scale than multiple continents. Seas are generally larger than lakes and contain salt water, but the Sea of Galilee is a freshwater lake. There is no accepted technical definition of “sea” among oceanographers. In international law, the United Nations Convention on the Law of the Sea states that all the ocean is “the sea”. 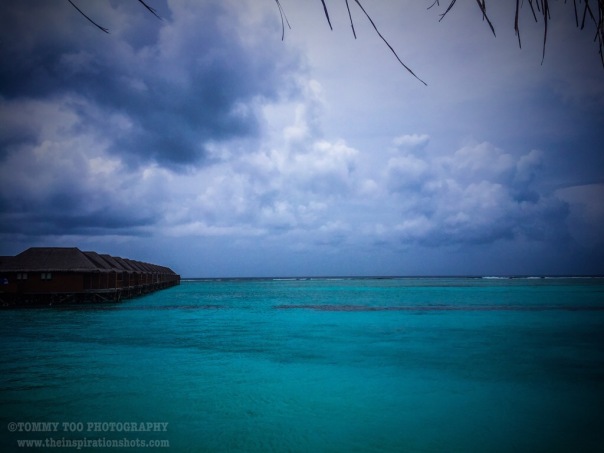