When a mixed drink contains only a distilled spirit and a mixer, such as soda or fruit juice, it is a highball; many of the International Bartenders Association Official Cocktails are highballs. When a cocktail contains only a distilled spirit and a liqueur, it is a duo and when it adds a mixer, it is a trio. Additional ingredients may be sugar, honey, milk, cream, and various herbs.

There is a lack of clarity on the origins of cocktails. Traditionally cocktails were a mixture of spirits, sugar, water, and bitters. But by the 1860s, a cocktail frequently included a liqueur.

The first publication of a bartenders’ guide which included cocktail recipes was in 1862 — How to Mix Drinks; or, The Bon Vivant’s Companion, by “Professor” Jerry Thomas. In addition to recipes for punches, sours, slings, cobblers, shrubs, toddies, flips, and a variety of other mixed drinks were 10 recipes for “cocktails”. A key ingredient differentiating cocktails from other drinks in this compendium was the use of bitters. Mixed drinks popular today that conform to this original meaning of “cocktail” include the Old Fashioned whiskey cocktail, the Sazerac cocktail, and the Manhattan cocktail.

The ingredients listed (spirits, sugar, water, and bitters) match the ingredients of an Old Fashioned, which originated as a term used by late 19th century bar patrons to distinguish cocktails made the “old-fashioned” way from newer, more complex cocktails.

The term highball appears during the 1890s to distinguish a drink composed only of a distilled spirit and a mixer.

The first “cocktail party” ever thrown was allegedly by Mrs. Julius S. Walsh Jr. of St. Louis, Missouri, in May 1917. Mrs. Walsh invited 50 guests to her home at noon on a Sunday. The party lasted an hour, until lunch was served at 1 pm. The site of this first cocktail party still stands. In 1924, the Roman Catholic Archdiocese of St. Louis bought the Walsh mansion at 4510 Lindell Boulevard, and it has served as the local archbishop’s residence ever since.

During Prohibition in the United States (1919–1933), when alcoholic beverages were illegal, cocktails were still consumed illegally in establishments known as speakeasies. The quality of liquor available during Prohibition was much worse than previously. There was a shift from whiskey to gin, which does not require aging and is therefore easier to produce illicitly. Honey, fruit juices, and other flavorings served to mask the foul taste of the inferior liquors. Sweet cocktails were easier to drink quickly, an important consideration when the establishment might be raided at any moment.

Cocktails became less popular in the late 1960s and through the 1970s, until resurging in the 1980s with vodka often substituting the original gin in drinks such as the martini. Traditional cocktails began to make a comeback in the 2000s, and by the mid-2000s there was a renaissance of cocktail culture in a style typically referred to as mixology that draws on traditional cocktails for inspiration but utilizes novel ingredients and often complex flavors. 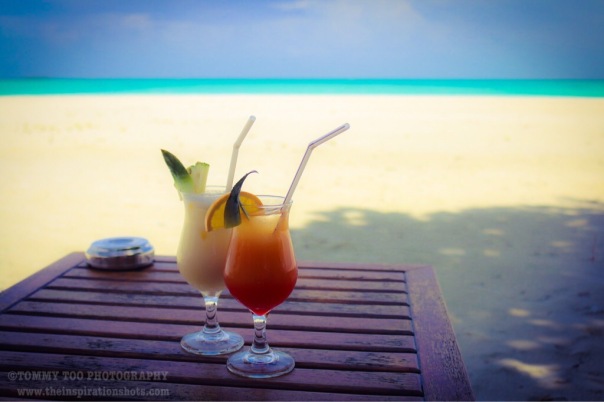