Otaru (小樽市 Otaru-shi) is a city and port in Shiribeshi Sub prefecture, Hokkaido, Japan, northwest of Sapporo. The city faces the Ishikari Bay, and has long served as the main port of the bay. With its many historical buildings, Otaru is a popular tourist destination. Because it is a 25-minute drive from Sapporo, it has recently grown as a bedroom community.

Otaru is a port town on the coast of the Sea of Japan in northern Shiribeshi Sub prefecture. The southern portion of the city is characterized by the steep slopes of various mountains, notably Tenguyama; and the altitude of the land sharply drops from the mountains to the sea. The land available between the coast and mountains has been almost completely developed, and the developed part of the city on the mountain slopes is called Saka-no-machi, or “Hill town”, including hills named Funamizaka (Boat-view Hill) and Jigokuzaka (Hell Hill).

The city was an Ainu habitation, and the name “Otaru” is recognised as being of Ainu origin, possibly meaning “River running through the sandy beach”. The very small remaining part of the Temiya Cave contains carvings from the Zoku-Jōmon period of Ainu history, around A.D. 400. Otaru was recognised as a village by the bakufu in 1865, and in 1880 the first railway line in Hokkaido was opened with daily service between Otaru and Sapporo.

An Imperial decree in July 1899 established Otaru as an open port for trading with the United States and the United Kingdom.

The city flourished well as the financial and business center in Hokkaido as well as the trade port with Japanese ruled southern Sakhalin until the 1920s. Otaru was redesignated as a city on August 1, 1922.

On December 26, 1924, a freight train loaded with 600 cases of dynamite exploded in Temiya Station, damaging the warehouse, the harbour facilities and the surrounding area. Local officials stated that at least 94 were killed and 200 injured in this disaster.

Since the 1950s, as the coal industry around the city went into a decline, the status of economic hub shifted from Otaru to Sapporo.

A canal adorned with Victorian-style street lamps runs through Otaru. The city attracts a large number of Japanese tourists as well as Russian visitors.

Otaru is well known for its beer, and Otaru Beer, next to the canal, is a popular restaurant with a medieval theme. Otaru is also known for the freshness of its sushi. The town also has substantial shopping arcades and bazaars, but fewer than nearby Sapporo. 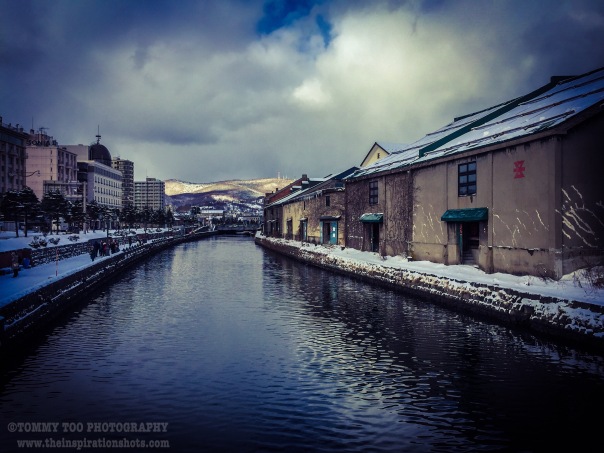