The Hymn to Ninkasi

Beer is the world’s most widely consumed and probably the oldest alcoholic beverage; it is the third most popular drink overall, after water and tea. The production of beer is called brewing, which involves the fementation of starches, mainly derived from cereal grains—most commonly malted barley, although wheat, maize (corn), and rice are widely used. Most beer is flavoured with hops, which add bitterness and act as a natural preservative, though other flavourings such as herbs or fruit may occasionally be included. The fermentation process causes a natural carbonation effect, although this is often removed during processing, and replaced with forced carbonation. Some of humanity’s earliest known writings refer to the production and distribution of beer: the Code of Hammurabi included laws regulating beer and beer parlours, and “The Hymn to Ninkasi”, a prayer to the Mesopotamian goddess of beer, served as both a prayer and as a method of remembering the recipe for beer in a culture with few literate people.

Beer is sold in bottles and cans; it may also be available on draught, particularly in pubs and bars. The brewing industry is a global business, consisting of several dominant multinational companies and many thousands of smaller producers ranging from brewpubs to regional breweries. The strength of beer is usually around 4% to 6% alcohol by volume (abv), although it may vary between 0.5% and 20%, with some breweries creating examples of 40% abv and above. Beer forms part of the culture of beer-drinking nations and is associated with social traditions such as beer festivals, as well as a rich pub culture involving activities like pub crawling, and pub games such as bar billiards.

Beer is one of the world’s oldest prepared beverages, possibly dating back to the early Neolithic or 9500 BC, when cereal was first farmed, and is recorded in the written history of ancient Iraq and ancient Egypt. Archaeologists speculate that beer was instrumental in the formation of civilizations. Approximately 5000 years ago, workers in the city of Uruk (modern day Iraq) were paid by their employers in beer. During the building of the Great Pyramids in Giza, Egypt, each worker got a daily ration of four to five liters of beer, which served as both nutrition and refreshment that was crucial to the pyramids’ construction.

The earliest known chemical evidence of barley beer dates to circa 3500-3100 BC from the site of Godin Tepe in the Zagros Mountains of western Iran. Some of the earliest Sumerian writings contain references to beer; examples include a prayer to the goddess Ninkasi, known as “The Hymn to Ninkasi”, which served as both a prayer as well as a method of remembering the recipe for beer in a culture with few literate people, and the ancient advice (Fill your belly. Day and night make merry) to Gilgamesh, recorded in the Epic of Gilgamesh, by the ale-wife Siduri may, at least in part, have referred to the consumption of beer. The Ebla tablets, discovered in 1974 in Ebla, Syria, show that beer was produced in the city in 2500 BC. A fermented beverage using rice and fruit was made in China around 7000 BC. Unlike sake, mould was not used to saccharify the rice (amylolytic fermentation); the rice was probably prepared for fermentation by mastication or malting.

Almost any substance containing sugar can naturally undergo alcoholic fermentation. It is likely that many cultures, on observing that a sweet liquid could be obtained from a source of starch, independently invented beer. Bread and beer increased prosperity to a level that allowed time for development of other technologies and contributed to the building of civilizations.

Beer was spread through Europe by Germanic and Celtic tribes as far back as 3000 BC, and it was mainly brewed on a domestic scale. The product that the early Europeans drank might not be recognised as beer by most people today. Alongside the basic starch source, the early European beers might contain fruits, honey, numerous types of plants, spices and other substances such as narcotic herbs. What they did not contain was hops, as that was a later addition, first mentioned in Europe around 822 by a Carolingian Abbot and again in 1067 by Abbess Hildegard of Bingen.

In 1516, William IV, Duke of Bavaria, adopted the Reinheitsgebot (purity law), perhaps the oldest food-quality regulation still in use in the 21st century, according to which the only allowed ingredients of beer are water, hops and barley-malt. Beer produced before the Industrial Revolution continued to be made and sold on a domestic scale, although by the 7th century AD, beer was also being produced and sold by European monasteries. During the Industrial Revolution, the production of beer moved from artisanal manufacture to industrial manufacture, and domestic manufacture ceased to be significant by the end of the 19th century. The development of hydrometers and thermometers changed brewing by allowing the brewer more control of the process and greater knowledge of the results.

Today, the brewing industry is a global business, consisting of several dominant multinational companies and many thousands of smaller producers ranging from brewpubs to regional breweries. As of 2006, more than 133 billion liters (35 billion gallons), the equivalent of a cube 510 metres on a side, of beer are sold per year, producing total global revenues of $294.5 billion (£147.7 billion).

In 2010, China’s beer consumption hit 450 million hectolitres (45 billion litres), or nearly twice that of the United States, but only 5 percent sold were premium draught beers, compared with 50 percent in France and Germany. 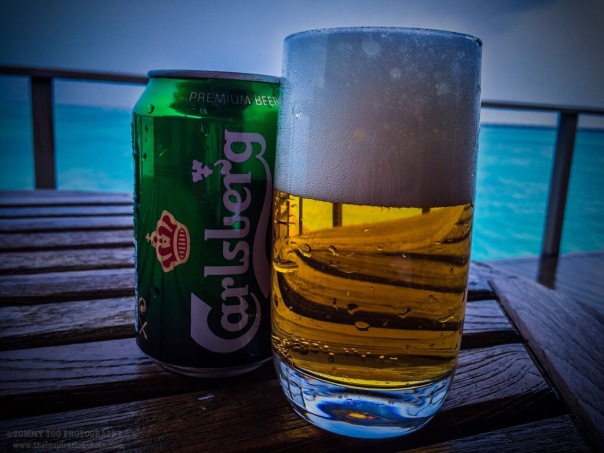