Show Me The Way

Lighting or illumination is the deliberate use of light to achieve a practical or aesthetic effect. Lighting includes the use of both artificial light sources like lamps and light fixtures, as well as natural illumination by capturing daylight. Daylighting (using windows, skylights, or light shelves) is sometimes used as the main source of light during daytime in buildings. This can save energy in place of using artificial lighting, which represents a major component of energy consumption in buildings. Proper lighting can enhance task performance, improve the appearance of an area, or have positive psychological effects on occupants.

Indoor lighting is usually accomplished using light fixtures, and is a key part of interior design. Lighting can also be an intrinsic component of landscape projects.

With the discovery of fire, the earliest form of artificial lighting used to illuminate an area were campfires or torches. As early as 400,000 BCE, fire was kindled in the caves of Peking Man. Prehistoric people used primitive lamps to illuminate surroundings. These lamps were made from naturally occurring materials such as rocks, shells, horns and stones, were filled with grease, and had a fiber wick. Lamps typically used animal or vegetable fats as fuel. Hundreds of these lamps (hollow worked stones) have been found in the Lascaux caves in modern-day France, dating to about 15,000 years ago. Oily animals (birds and fish) were also used as lamps after being threaded with a wick. Fireflies have been used as lighting sources. Candles and glass and pottery lamps were also invented. Chandeliers were an early form of “light fixture”.

Major reductions in the cost of lighting occurred with the discovery of whale oil and kerosene. Gas lighting was economical enough to power street lights in major cities starting in the early 1800s, and was also used in some commercial buildings and in the homes of wealthy people. The gas mantle boosted the luminosity of utility lighting and of kerosene lanterns. The next major drop in price came about with the incandescent light bulb powered by electricity. 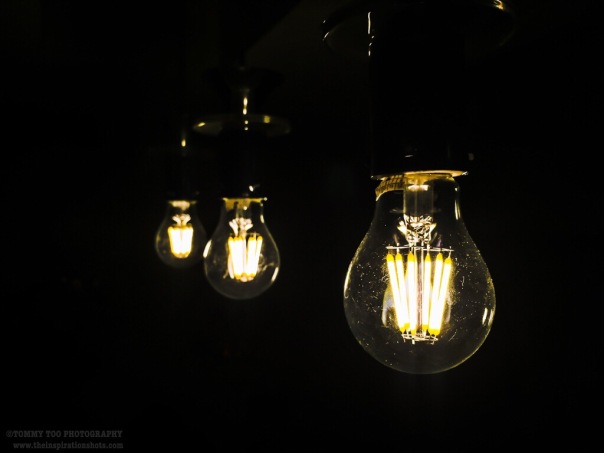