Colorful City in My World

Brisbane city is one of my favorite and colorful city and it is more affectionately known as “Bris-Vegas” due to its cosmopolitan lifestyle. The indigenous name for Brisbane is “Mian-Jin” meaning “Place shaped as a spike”. The Downtown Brisbane was recognized as the world’s best downtown precinct by the International Downtown Association beating some of the most glamorous cities of the world in the year 2003. The Queen Street Mall, one of the best pedestrian shopping to me and it was built to deliver the ultimate shopping experience. This mall extends approximately 500m and has more than 700 retailers over 40,000sqm of retail space which houses six major shopping centres. Recently I had read a spooky article about the “Haunted Brisbane Arcade” and the story was saying that the Wide-eyed shop-keepers and awe-struck shoppers have reported ghost sightings in the elegant Brisbane Arcade. These stories even made their way to the media where stunned witnesses relayed their ghost sightings in front of millions of viewers. Even security guards stationed at the Arcade have substantiated these sightings with their own accounts of catching glimpses of a mystical beauty walking along the gallery level and mysterious footsteps being heard after dark in the staff-only quarters. Some argue it is the ghost of a former shopkeeper who continues to maintain vigilance at the arcade after her death. While others opine that it is the ghost of Mary McIntosh, wife of the notorious Patrick Mayne, eternally walking the building as punishment for her family’s sins. Whatever the truth may be, these stories only add to the allure of the Brisbane Arcade. So next time you step into the arcade, keep an eye out for a mysterious female figure in black lurking in the dark corners trying to stave off any unwanted attention. 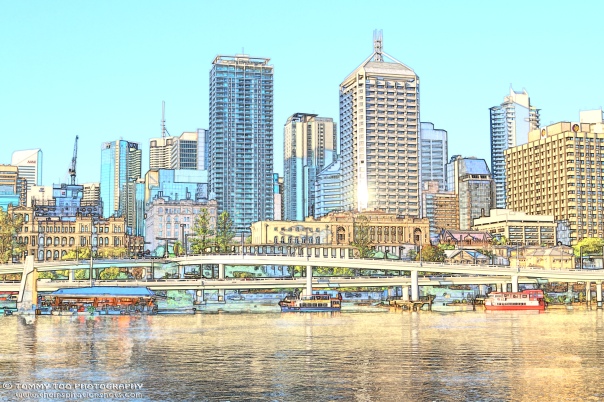